Meeting up with Michael Costiff is certainly eye opening, I first met Michael, who originally came from Grindleford in Derbyshire and Gerlinde who arrived in London from Regensburg, Germany in the late 70's. Michael and Gerlinde met in the early 70's and became very much part of the London scene with their industrious and seemingly never ending enthusiasm for exploring a myriad of creative outlets. Michael, a photographer, film maker and artist and Gerlinde a style icon with an eye for detail. Initially they ran a cafe in the Chelsea Antique Market and later a concession in Antiquarius on London's Kings Road which specialized in antique jewelry. By the 80's they cast their net further afield, Michael going on to design shop and club interiors, they traveled to New York and Rio which became a second home. In the late 80's they opened the shop 'World' situated in Litchfield Street off Cambridge Circus, I became a part time shop girl there. Perfect for their ever increasing love of traveling and collection of artifacts the shop was full of curios they had amassed along the way. African beaded neckpieces, Brazilian feather headdresses jostled with the latest fake gold jewelry and clothing from NYC's 14th St and the dancing figures of graffiti artist Keith Haring. Michael produced his own line of 'World' t-shirts, the place was a treasure trove reflecting the interesting life they led. They then went on to open a club night and 'Kinky Gerlinky' was born.

'Michael & Gerlinde's World' is the long awaited book which is the culmination of a series of scrapbooks they regularly updated, it charts their and those around them early day's in London, to travels afar and through to going's on in the current day. 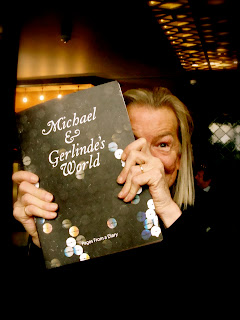 Michael Costiff with the book.

Sadly Gerlinde is no longer with us, she died suddenly in 1994 but left behind a legacy of style, her presence always caused a stir, her favorite designer was undoubtedly Westwood and she became an avid collector amassing an enviable wardrobe. She also favored the corset's of Pearl and the featured plumes and carnival costumes of Rio which she put together with a great deal of panache. 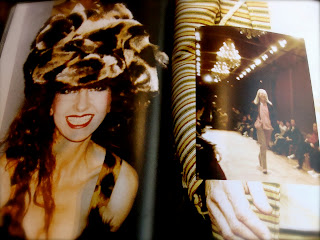 Pages from the book, Gerlinde (left)... Michael modeling (right)
Lucky enough to have been able to look through this book recently, I carefully turned every page which brought back a stream of fabulous memories back to life... it's crammed with previously unpublished ephemera from flyers to an actual bus ticket from the 70's, various newspaper clippings, membership cards and photographs and film stills (taken by Michael himself) of personalities, close friends and scenes - witness close friend Divine larking around, parades - see Rio Carnival in all it's glory. Charting seminal moments from the past 4 decades the hand written explanation's of who and where and when they are give the book a sense of how personal this book is and it's touching that Michael has been able to share his life with a wider audience.

If you were there then 'Michael & Gerlinde's World' will, like me, stir up all sorts of emotions, if you weren't there then you need to see this book and get a sense what life was like then and how relevant the timeline of this book is in the present and into future... 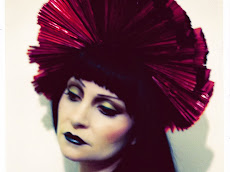 My regular column on i-D Online 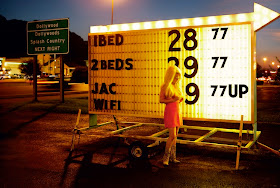 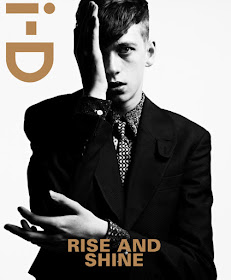 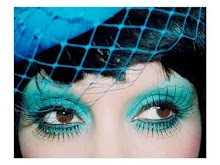